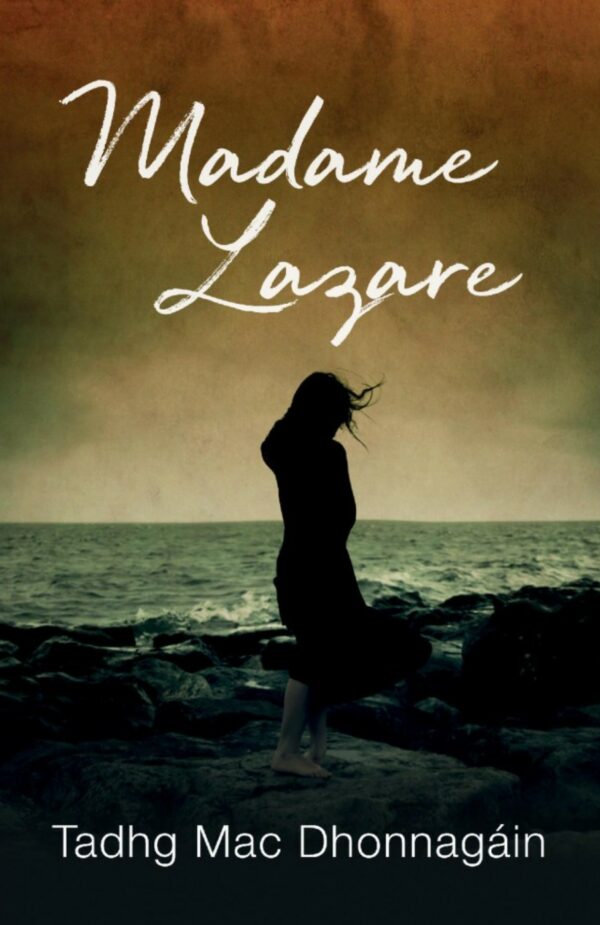 Madame Lazare was one of five titles to receive a special mention and a €5,000 award.

Literature Ireland was honoured to nominate Madame Lazare, the Irish-language novel by Tadhg Mac Dhonnagáin (published by the Barzaz imprint at Futa Fata) for the European Union Prize for Literature 2022. This is the first time that an Irish-language title has been nominated.

The novel is remarkable for many things: its exploration of language, family ties, European identity, dementia, the burden of care in contemporary society. The texture of the language in the novel also reminds readers that the Irish language has many different strands, from the speech of native speakers on the Aran Islands, to the language spoken by young people in a cosmopolitan metropolis.

The prize, administered by the Federation of European Publishers in Brussels, celebrates the wealth and diversity of emerging fiction across Europe and promotes the circulation of literature within Europe. It is open to the 41 countries in the Creative Europe programme and, each year, one third of these member countries competes by nominating a work of literature. The 2022 nominating body for Ireland was Literature Ireland, the national organisation which promotes Irish literature abroad. The other countries represented in this round include Ukraine, Spain, Slovakia, Romania, Norway, North Macedonia, Lithuania, Italy, Greece, Georgia, Belgium, Bosnia Herzegovina, and Austria.

Speaking at the announcement of the nominations, the director of Literature Ireland, Sinéad Mac Aodha, said:

“As Europe is shaken by the Russian attacks on Ukraine and by the greatest threat to European democratic values this century, it seems entirely fitting to celebrate the power of the creative imagination and the ability of fiction to foster mutual understanding and to unite people.

Madame Lazare by Tadhg Mac Dhonnagáin is a perfect example of a book which can do this. Spanning three generations, its sphere of reference ranges from the Aran Islands in the Atlantic to Brussels and Paris in the heart of Europe and as far east as Estonia. This most European of books focuses on questions of language, identity, war, migration, memory and loss, subjects which are all the more compelling in the context of the current crisis. Literature Ireland is proud to have nominated Madame Lazare, written and published in Connemara in the very west of Europe, for this major European prize. We wish the author and the book every success and hope that Madame Lazare will reach and touch the hearts of readers right across Europe.”

“I’m truly delighted that my novel has been selected to represent both my country and the language in which I work at the European Union Prize for Literature. It’s truly a great honour to be one of fourteen fiction writers across the continent whose work is being introduced by the prize to a wider international readership.”

A seven-member European jury selected the winner for 2022, Iva Pezuashvili for A Garbage Chute in Georgian, and recognised four other titles for special mention.