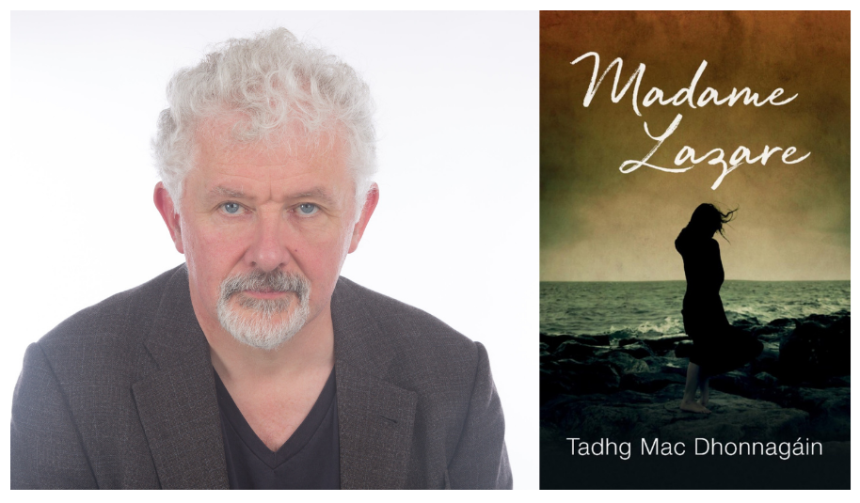 Literature Ireland invites you to an interview with writer, musician and publisher Tadhg Mac Dhonnagáin.

Mac Dhonnagáin received a special mention and a €5,000 award at the European Union Prize for Literature 2022 for his first novel, Madame Lazare. The book was also awarded the An Post Irish Language Book of the Year 2021.

The European Union Prize for Literature, administered by the Federation of European Publishers in Brussels, celebrates the wealth and diversity of emerging fiction across Europe and promotes the circulation of literature within Europe. It is open to the 41 countries in the Creative Europe programme and, each year, one third of these member countries compete by nominating a work of literature. Literature Ireland was honoured to nominate Madame Lazare for the prize; this is the first time that an Irish-language title has been nominated. The novel is currently being translated directly into Estonian from Irish.

On Thursday, 22 September, 2022 at 6:30 p.m., at the translation library in the Trinity Centre for Literary and Cultural Translation, Mac Dhonnagáin will discuss Madame Lazare and the importance of literary translation with Sinéad Mac Aodha of Literature Ireland. This discussion is sure to inspire anyone with an interest in Irish-language literature, literary translation, and powerful fiction.

This event is free and open to all. Seating is limited, therefore tickets must be booked in advance via Eventbrite. Should you become unable to attend, we ask that you return your ticket so that someone else can enjoy the event.