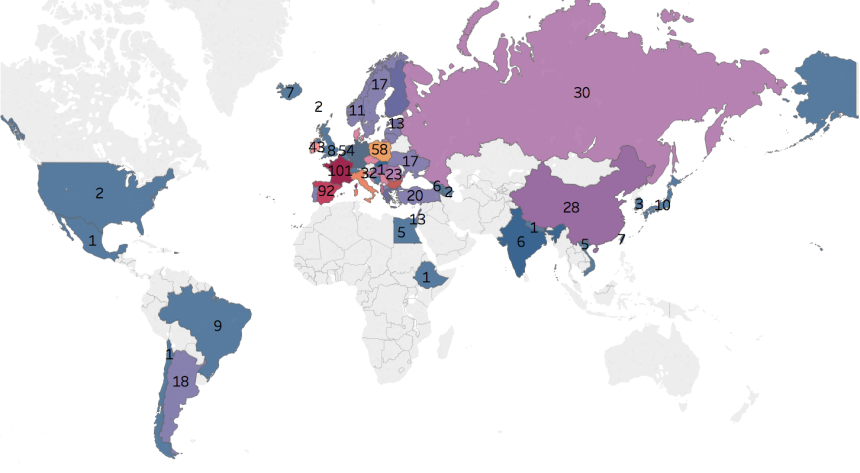 Literature Ireland has funded the translation of over 2,000 works of Irish literature into 56 languages around the world. The largest demand for Irish literature to date has come from other European countries, with publishers in France, Spain, Hungary, Germany and Italy having received the largest number of grants.

In recent years, increasing demand is being seen in the Nordic countries, especially Denmark, and in territories further afield such as China. Works of literary fiction are the most frequently supported, followed by poetry, non-fiction and children's literature. Exciting projects have seen translations of Máirtín Ó Cadhain's Cré na Cille into numerous languages – often directly from the Irish original – and of classics by Joyce, Beckett and O'Kelly into Amharic, a language of Ethiopia.

Contemporary giants of Irish literature like John Banville, Anne Enright, Colm Tóibín, Edna O'Brien, Colum McCann and John Boyne have had the support of Literature Ireland for over two decades as their creative literary works have travelled beyond these shores. Their innovations and successes have paved the way for the current generation of mid-career and emerging writers – Eimear McBride, Mike McCormack, Sally Rooney, Colin Barrett, Lisa McInerney, Kevin Barry and Sara Baume, to name but a few – who are now seeing their translated editions in the windows of bookshops in Paris, Berlin, Copenhagen, Buenos Aires and Beijing.

In recognition of the fact that translation, like all aspects of cultural exchange, is a two-way street, Literature Ireland also proudly supports a small number of inbound translations into both English and Irish by publishers based on the island of Ireland. Read the beautiful words of Rimbaud and Rilke and follow the adventures of Asterix and Tintin in Irish thanks to our support.

To learn more about how the translation grant programme works, please see our Grants page. To explore the various writers and books supported by Literature Ireland, we invite you to take a look at our Translation Directory.

Every single work published in another language represents a window on Ireland for a reader somewhere in the world. It also represents a new audience for Irish writers and creates many invaluable opportunities for each individual writer and for the national literature as a whole. Literature Ireland is extremely grateful to its funders Culture Ireland and the Arts Council for its continued support in making the literature of Ireland a literature of the world.