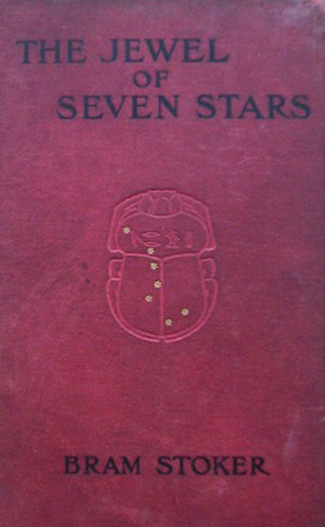 The Jewel of Seven Stars

An Egyptologist, attempting to raise from the dead the mummy of Tera, an ancient Egyptian queen, finds a fabulous gem and is stricken senseless by an unknown force. Amid bloody and eerie scenes, his daughter is possessed by Tera's soul, and her fate depends upon bringing Tera's mummified body to life.

The Jewel of Seven Stars was Bram Stoker's eighth novel and is, along with The Lair of The White Worm, one of his most famous after Dracula. The Bulgarian translation was published by Delakort in 2005.