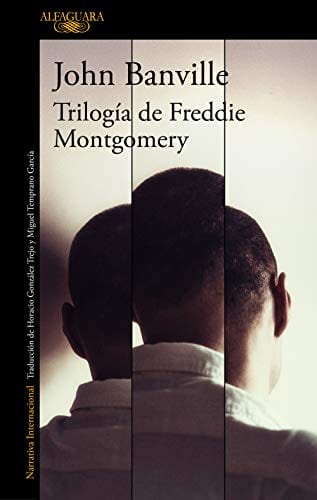 The Book of Evidence: Freddie Montgomery has committed two crimes. He stole a small Dutch master from a wealthy family friend, and he murdered a chambermaid who caught him in the act. This is a remarkable crime novel, unlike any other in its flawlessly flowing prose, its irony, its aching sense of loss.

Ghosts: An unnamed murderer has served his time in prison and now lives on a sparsely populated island with the enigmatic Professor Kreutznaer and his eery companion, Licht. Their uneasy calm is disturbed one day with the arrival of a party of castaways. A beautiful and beguiling novel full of resonances that continue to sound long after you have turned the final page, this is also one of Banville's funniest books.

Athena: Morrow is at a loose end when, separately, two people beckon him up the stairs of an empty Dublin house. One offers work of a dubious kind; the other offers a sort of love. Banville's sleek, beautiful, breathtakingly cunning prose will leave the reader longing for more from this consummately skilled novelist.