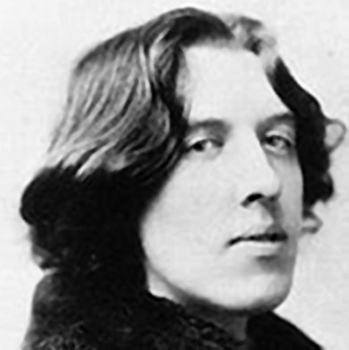 Playwright, novelist, poet and short story writer Oscar Wilde was born in Dublin in 1854 to Sir William Wilde, a doctor and writer, and Lady Francesca Wilde, a poet and journalist. Wilde studied at Trinity College, Dublin, and at Magdalen College, Oxford. In 1884, he married Constance Lloyd. He published The Happy Prince and Other Tales in 1888, a collection of fairy stories written for his sons. Wilde's plays, Lady Windermere's Fan (1892), A Woman of No Importance (1893), An Ideal Husband (1895) and The Importance of Being Earnest (1895) - all showcases of his famous wit - made him one of the most successful playwrights and celebrities of Victorian London. Despite his success, his personal life became the object of many rumours, and eventually his career was ruined when he was brought to trial on charges of homosexuality. Wilde was sentenced to two years' hard labour, first in Wandsworth prison in London and then in Reading Gaol. After his release in 1897, Wilde lived in self-imposed exile in Paris where he died impoverished in 1900.

The Decay of Lying

The Happy Prince and Other Tales

Salomé and Other Plays

The Picture of Dorian Gray

Selected Essays of Oscar Wilde; The Ballad of Reading Gaol

The Importance of Being Earnest

The Soul of Man under Socialism