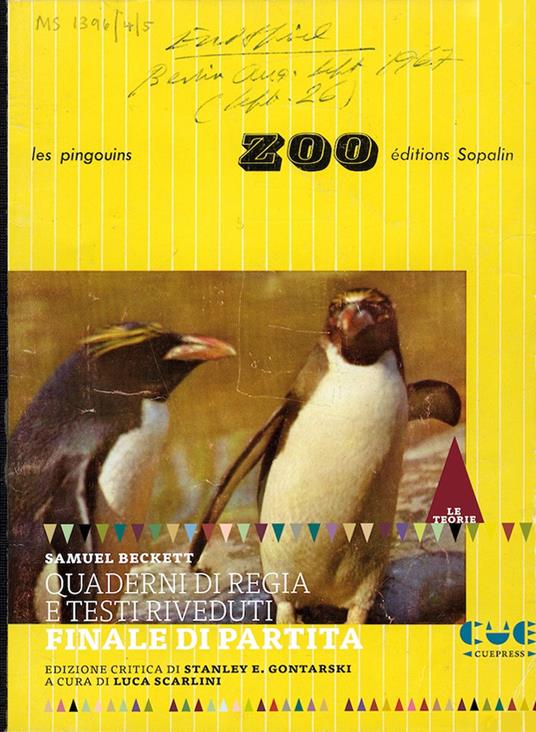 'Pattern is as crucial to Beckett's eye as to his ear', writes Gontarski, 'and that patterning dominates his theatrical notes: motion is repeated to echo other motion, posture to echo other posture, gestures to echo other gestures, sounds to echo other sounds. The principle of analogy is fundamental.' Samuel Beckett directed two separate productions of Endgame , once with the Schiller Theater Company in Berlin in 1967, and again with the San Quentin Drama Workshop in 1980. For both productions he prepared detailed notes that are reproduced here in facsimile for the first time. Beckett's revisions for both his productions maintain a consistency - with minor variations to allow for strengths or weaknesses of particular actors - that make a 'corrected' (Beckett's word) text not only possible but desirable, a reflection of the substantial amount of thinking and theatrical testing the work has undergone since its publication.