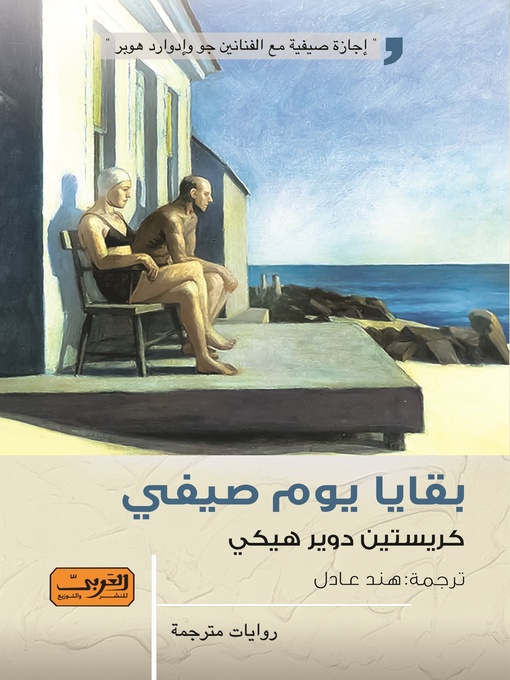 1950: late summer season on a light-infused Cape Cod. Michael is a ten-year-old German boy, orphaned during the war. Richie is the lonely son of a wealthy American army officer killed in action. Left to their own devices, the boys get to know a couple living nearby – the artists Edward and Jo Hopper – and an unlikely friendship is forged. She is volatile and suffers from bouts of obsessive sexual jealousy. He, unwell and depressed by his inability to work, becomes besotted by Richie’s frail and beautiful Aunt Katherine who has not long to live – an infatuation he shares with young Michael.

Michael is haunted by memories he can’t understand. Richie is overwhelmed by his own loss and the increasing alcoholism of his glamorous mother, Olivia.

This is a story about loneliness and regret and the attempt to hold onto the American Dream in the post-war era. It is also the story of a troubled marriage and a fictional study of one of the greatest artists of the 20th century.