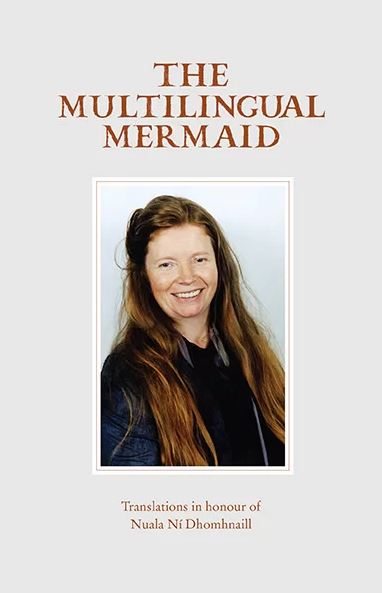 The Multilingual Mermaid is a result of the Aistriú project funded by Galway 2020 as part of the city’s cultural programme as European Capital of Culture and supported by the National University of Ireland, Galway and Literature Ireland.

Four poems from The Fifty Minute Mermaid (2007) by Nuala Ní Dhomhnaill with translations into English by Paul Muldoon prompted translations into a dozen languages from Arabic to Portuguese to Chinese. It is published by The Gallery Press to honour the first Irish-language poet to secure an international readership and reputation.