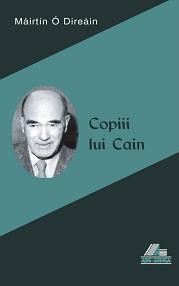 The son of a small-farmer, Máirtín Ó Díreáin spoke only Irish until his mid-teens. Hailed as one of Ireland's most important Irish-language poets, his main works include the poetry collections Rogha Dánta (1949), Ó Mórna agus Dánta Eile (1957), Ar Ré Dhearóil (1962), Cloch Choirnéil (1967), Crainn is Cairde (1970), Dánta 1939-79 (1980), Ceacht an Éin (1984), Béasa an Túir (1984), Tacar Dánta/Selected Poems (1984), and Craobhóg: Dán (1986). He left the island of Inishmore, where he grew up, in 1928 to work in the Post Office in Galway city, and there became involved in Irish-language theatre through the Gaelic League. He transferred to the Civil Service in Dublin in 1938 and began to write poems there. Ó Direáin's work advances from nostalgic recollections of life in Aran to a later exploration of an urban environment, using bleak imagery based on the uncompromising landscape of the island. This collection features some of his most well-known poems.