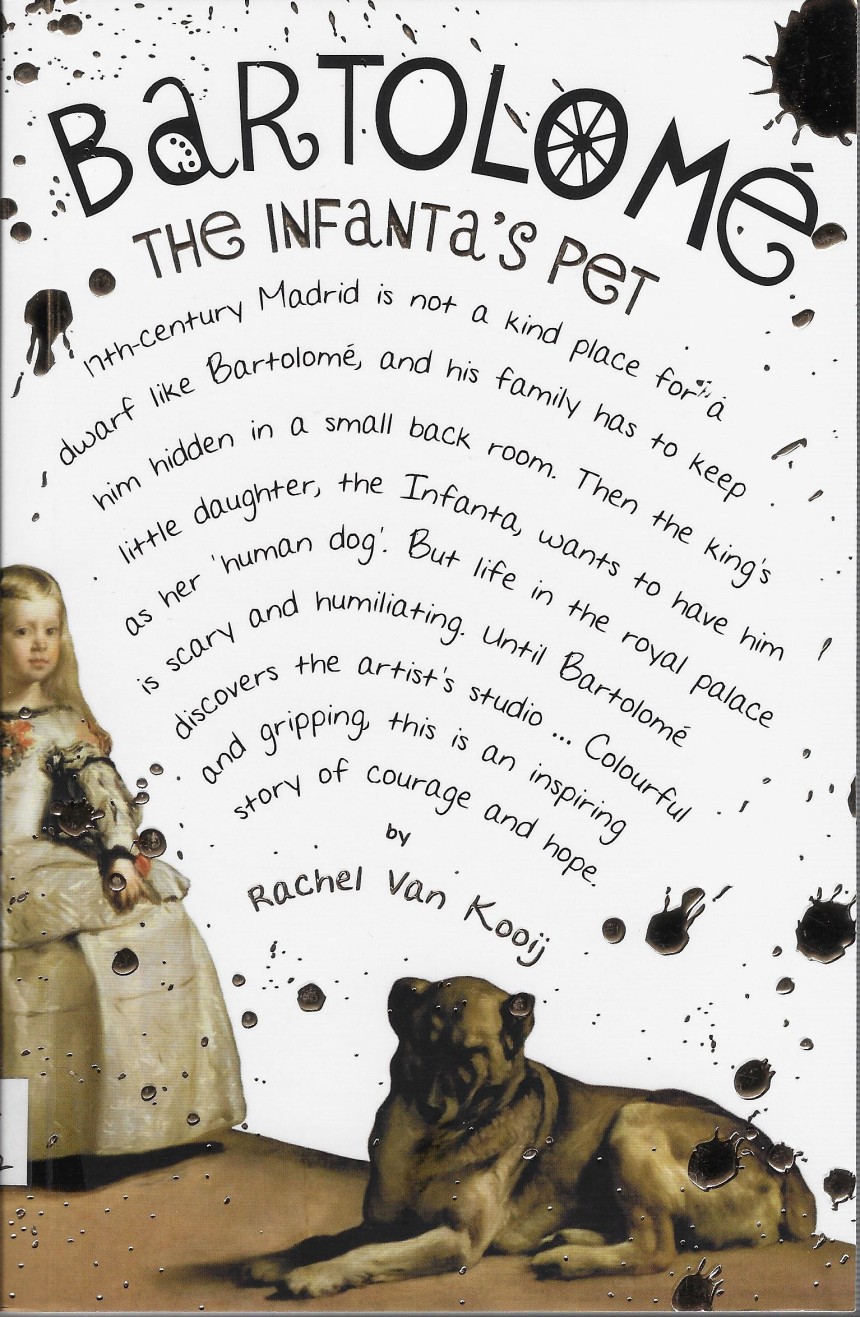 17th-century Madrid is not a kind place for a dwarf like Bartolomé, and his family has to keep him hidden in a small back room. His dream is to be able to read and write, and when he hears that a dwarf like himself works in the King's court, he is heartened, knowing that he could have the chance to make something of himself, too. Yet when the king’s little daughter, the Infanta, discovers Bartolomé she claims him as her "human dog". Life in the royal palace is scary and humiliating - until an apprentice from Velasquez' studio spots the boy's talent and encourages him to paint.

Colourful, gripping, and written with real warmth, this is an inspiring story of courage and hope. The descriptions in the book are vivid and alive, but what impresses most of all is the unsentimental and honest treatment of a difficult theme. Little Island's publication, entitled Bartolomé: The Infanta's Pet, of this plot-driven, fascinating novel in English translation makes it available to a wider audience of children and adults alike.