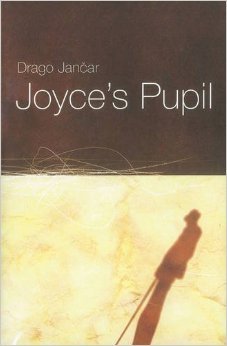 The title story is a wonderful piece about a young man who learns English in Trieste in 1914 from James Joyce. Years later, in 1941, this same man must flee his country, and he becomes the Slovenian voice on the British radio, broadcasting during the war years to his homeland, and later, on his return to Yugoslavia, he falls foul of the new communist authorities.

All the stories are interconnected, and whether they walk a street in Trieste or an American campus, whether they meditate in a Castilian chapel or in the New York metro, the characters who populate them stand at the periphery of tragic histories: they see the ground open under their feet yet remain leaning above the pit. The stories highlight the tragic, even the absurd, of our existence.