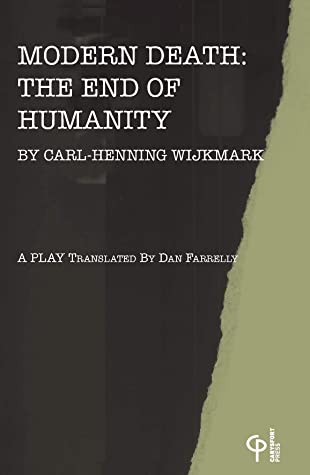 Modern Death is written in the form of a symposium, in which a government agency brings together a group of experts to discuss a strategy for dealing with an ageing population.

The speakers take up the thread of the ongoing debates about care for the elderly and about euthanasia. In a dark, satirical mode the author shows what grim developments are possible. The theme of a "final solution" is mentioned, though the connection with Hitler is explicitly denied. The most inhuman crimes against human dignity are discussed in the symposium as if they were a necessary condition of future progress.

The fiercely ironical treatment of the material tears off the thin veil that disguises the specious arguments and insidious expressions of concern for the well-being of the younger generation. Though the text was written in the 1980s, the play has a terrifyingly modern relevance.