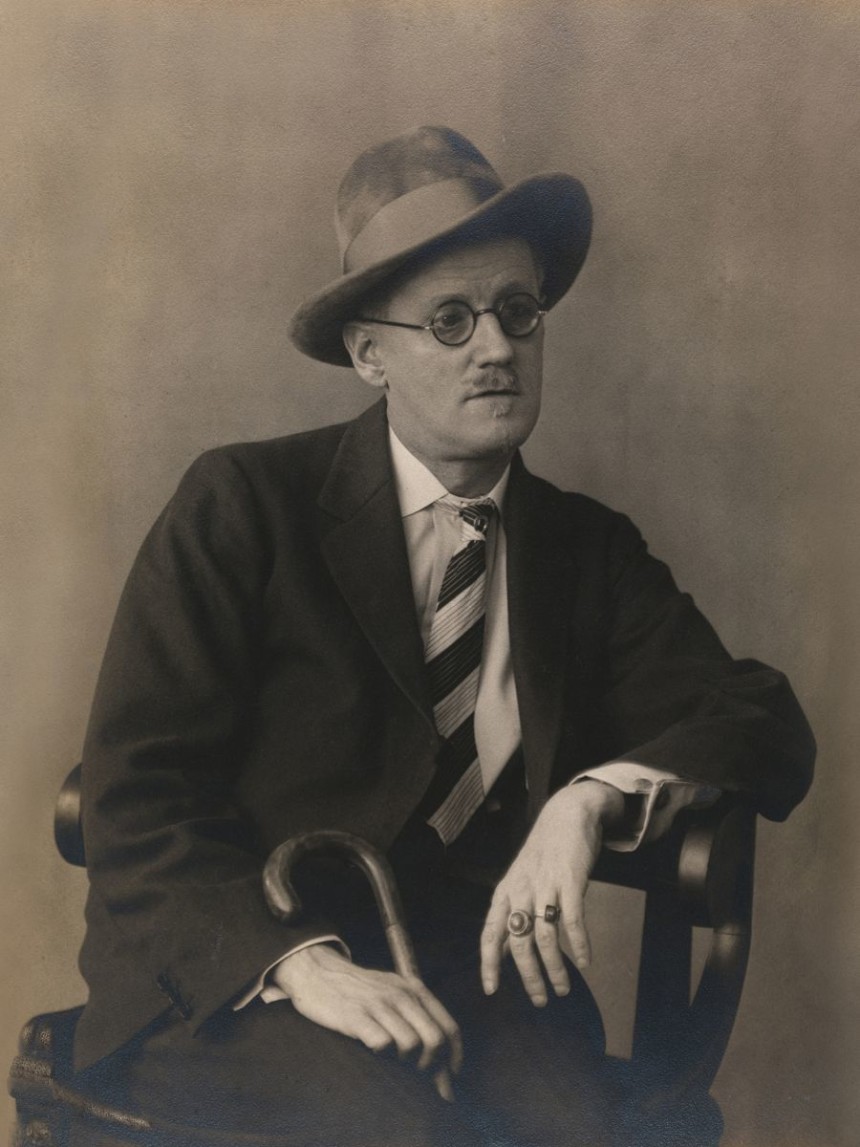 A native of Dublin, James Joyce was educated at Jesuit schools and later at University College Dublin where he studied languages and philosophy. In 1902, Joyce went to Paris with the intention of studying medicine, but he returned the following year as his mother lay dying. In 1904, he met Nora Barnacle who became his lifelong companion. Together they left Ireland and settled in Trieste where Joyce taught English at the Berlitz school. They visited Ireland one last time in 1912 when Joyce attempted to arrange for the publication of Dubliners, which eventually appeared in England in 1914. A play, Exiles, was published the following year and A Portrait of the Artist as a Young Man appeared in 1916. That same year, Joyce and his family moved to Zurich where he began work on Ulysses. During the interwar period, Joyce moved to Paris where his masterpiece was published by Shakespeare & Company in 1922. His next project, known as Work in Progress, became Finnegans Wake in 1939. The following year, Joyce fled occupied France and returned to Zurich. He died two months later in January 1941.

James Joyce: A Collection of Short Prose and Poetry

A Portrait of the Artist as a Young Man